Hey Sean ……. thanks again for painting my great trophy. Let me know when you’re done with it and I’ll make the arrangements to either be picked up or shipped. By the way that’s the best trophy I’ve ever received.. S.dL. 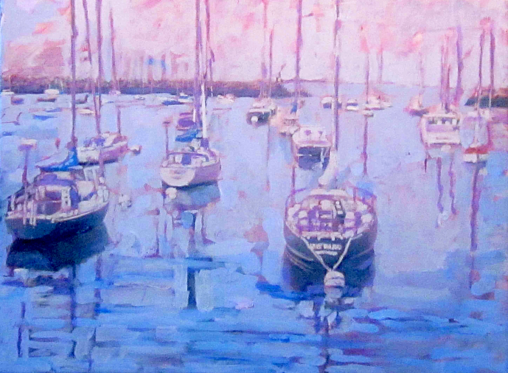 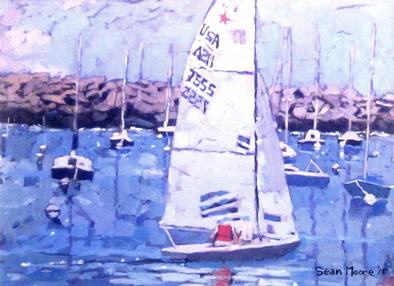 Nautical tradition in Rockport. At the annual Ned Hay Regatta, the winning sailors have been awarded paintings for over 60 years. The yacht club has commissioned me to paint many of the pictures.

Said to be the most painted subject in American art, the former fishing shack was for a time the art studio of a Rockport artist who held classes in it. His students so often went outside to paint it from various points of view that the art teacher named these studies and their subject Motif #1. The scene became a staple for Rockport artists and for many far beyond Cape Ann. 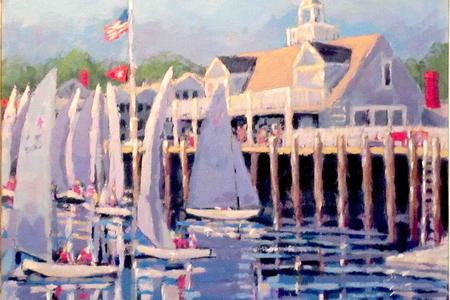 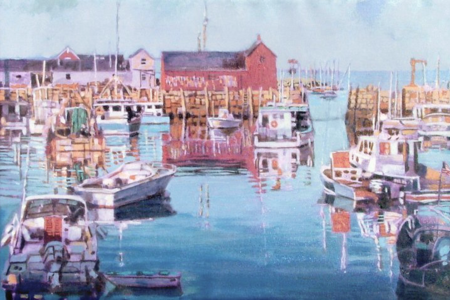 Another prize winner. This painting was invited into the Newton Art Association Annual Awards Show and won a second prize this Season. 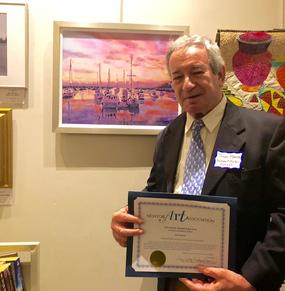 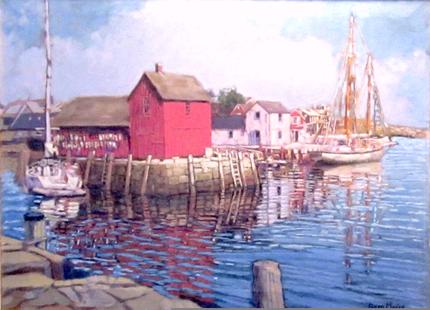 Filmed on Martha's Vineyard, the movie Jaws featured Gay Head Light to dramatic purpose. In one scene the lighthouse visually divided the screen between the arguing faces of actors Murray Hamilton and Roy Shieder symbolizing the opposed purposes of the two public officials. 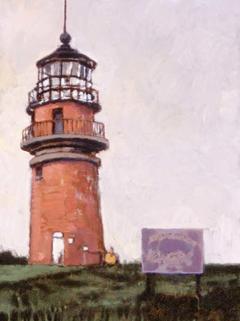 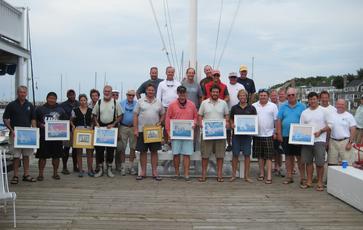 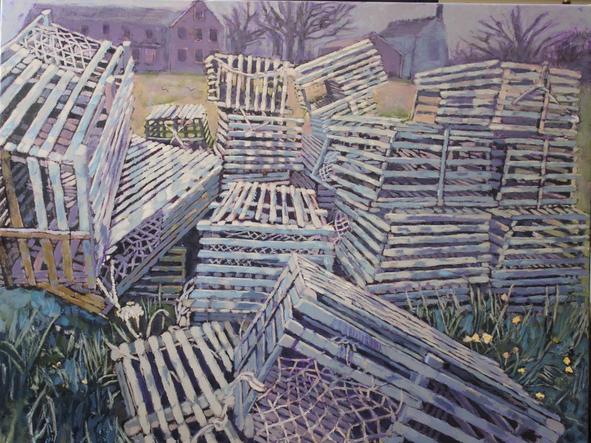 In the event, this skipper (red vest in my painting below) heading out of harbor to the race course is the oldest competitor, at 90. Another sailor rounded 60 consecutive years of sailing this race. Yet in a recent year the winner was an entering freshman at Tufts, who won again several years later. (bottom center) 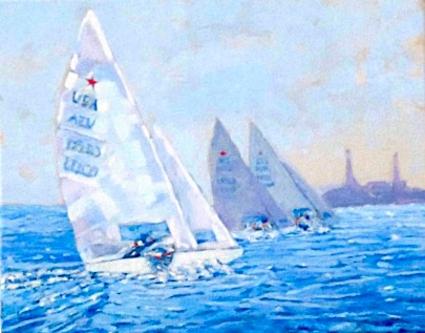 The picturesque seaside village of Rockport. Known for yachting, fishing, and as an art colony. This is the early-evening view from a rocking chair on the porch of the little yacht club at the end of the pier. The boats are attached to moorings fore and aft, so they always face out to sea, whichever way the tide.

A harbor scene at sunset, by Sean Moore, is a sublimely rendered painting. Rendering the sky at dusk while also mirroring the scene in the water took an impressive command of color choice. There is excellent handling of depth, both in the layering of paint and in the layering of objects in order to create perspective. We have foreground, middle and background boats and breakwaters, all painted and reflected in the water, as well as landscape background. All of these diverse pieces come together around the midline of this piece, creating a harmonious and attractive painting. 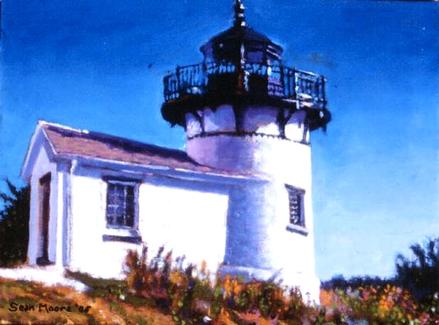 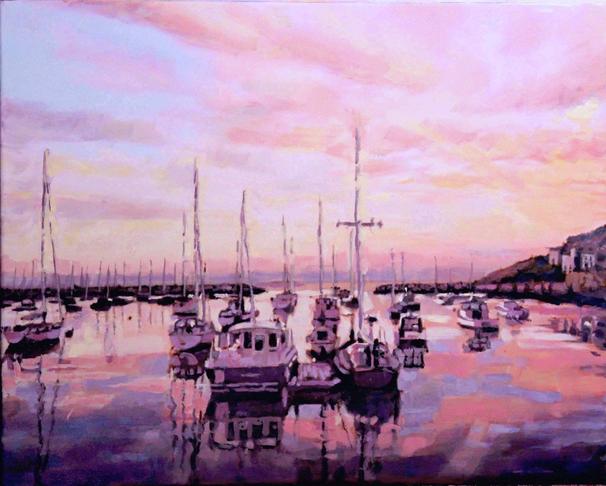 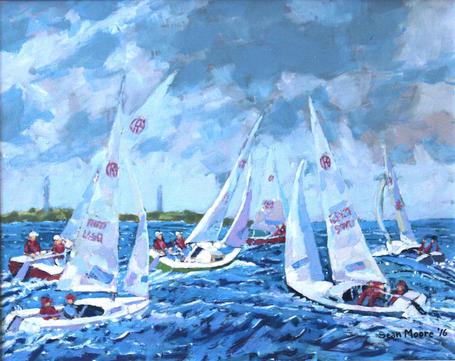 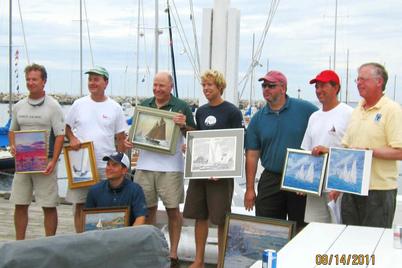 Just received the print of "Motif #1" and I can't wait to frame it. I fell in love with it when you first posted on Facebook.  It was the feeling it conveyed..a feeling of "calm" I guess you could say. The colors are just gorgeous as well. Thank you for sharing your beautiful works of art with the world!   P.J.
View on Mobile